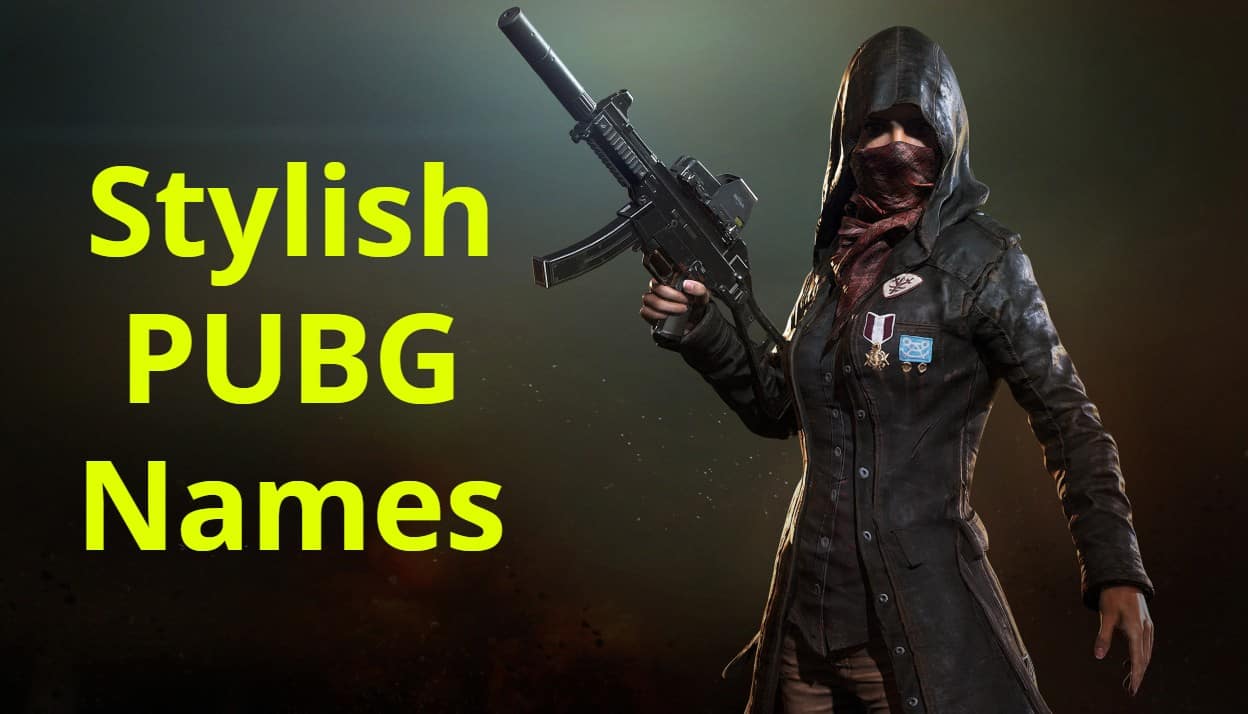 If you’re a PUBG lover, then you know that the unique outfits, weapons, and gun skins aren’t enough for you to make an in-game impression. If you want to stand out among those millions of PUBG Mobile active users, you may need a unique and catchy name.

We have compiled a long list of best nicknames for PUBG for both boys and girls, so you won’t do the mistake of choosing a random name and waste a rename card. All you need to do is choose a nickname that best fits your character and change your name using a rename card.

Best Nicknames for Boys in PUBG

As the competition among the players is getting stronger, boys are spending a big part of their day on video games, playing with squads, enhancing their playing skills to compete against others. Along with the gameplay, they also try to improve their character’s appearance, so they look impressive and unique among others.

Nicknames are one of the best ways to leave an impression on your enemies as you finish them. You can find a lot of appealing names for your male character below.

Best Nicknames for Girls in PUBG

When it comes to choosing a nickname for a girl character, you need to be careful and keep the gender in mind. Your name must be suitable for girls and shouldn’t be confused with a boy nickname. It’ll help you prove your girly power to your enemies and show them your legendary playing skills.

Have a look at the beautiful and stylish names for your female character below, and spread a terror among the lobby as you step in the game!

Didn’t like the names in the above lists? No problem, We also have a custom tool made for you PUBG players. You only need to enter your name in the name box and click on generate button. Our tool will auto-generate 100s of stylish names with stylish PUBG symbols for you.

Click on the link below to use Pubg Name Generator

How to Change Name in PUBG Mobile

Changing your nickname or IGN in PUBG isn’t a big deal. You can easily change it using a name card. But if you’re a newbie to the game, try to choose a sensible and attractive nickname rather than making a random choice. Once you’ve opted for a name, you won’t be able to change it soon until you get a rename card. So choose a nickname for which you won’t regret later.

Now that you’ve made a wrong choice, the question is “how would you get a rename card?” Well, if you’re lucky enough, they’re available as rewards. You can get them as you level up or complete some achievements. Some rename cards were also given away for free when the feature was first introduced. You should go through your inventory, maybe you will find one floating there.

If you’ve no luck, then you’ll have to spend 180 UC to buy a single rename card from the store. Since UCs are bought for real money, it may be pretty costly for you. But, if you’re not willing to spend some real money on a video game, you can save UCs that you earn by moving up the Royale Pass ranks in each season.

If you’ve finally made a selection of a cool and unique nickname, then follow the below steps to apply it and attract your enemies.

PUBG Mobile is dominating everybody’s attention as the number 1 battle royale game in the world right now. With every release and update dropped, it has always tried to improve the gaming experience for its players and has been successful too.

The game has gathered a large number of active players. The craze isn’t seemed to be ending anytime soon. However, the player count is still growing rapidly. With such a large number of players, you’ve to work on differentiating your character from others. So, other than just focusing on your equipment, having a unique and cool name will help you stand out in the lobby.